Get started Today Our Online Seminar

Are you ready to take the first step on the road to a longer, healthier life? Register to attend one of our FREE online seminars to earn more about our weight-loss program and which path may be right for you.

Obesity is a chronic disease with various complex causes. Controlling this chronic disease is a lifelong endeavor. The goal of weight loss surgery is to help you live better, healthier, and longer. We perform our weight loss procedures using Advanced Laparoscopic Surgery (ALS,) which we believe to be the safest and most effective surgical method

Roller Weight Loss & Advanced Surgery features the only group of fellowship-trained bariatric and advanced general laparoscopic surgeons in Arkansas. Dr. Joshua Roller and is team offer the most sophisticated, modern weight loss surgery techniques available. This qualified team of surgeons also performs other minimally invasive procedures, including many that can ease or resolve medical problems associated with obesity. 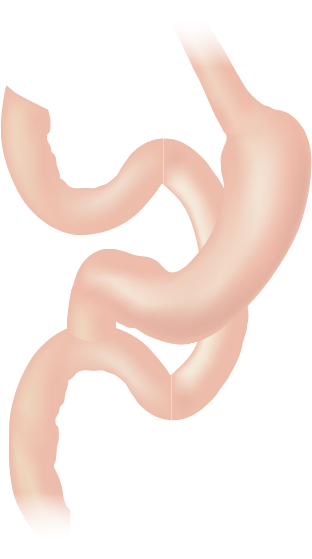 The “modified duodenal switch” (ModDS) has become a less invasive weight loss surgery option for many patients. Instead of two connections as in the gastric bypass or the more traditional duodenal switch, a single connection is made. This allows the surgery to be performed more quickly and with less risk of leaks, thereby decreasing the risk of surgery.

With this surgery, the stomach is reduced in size, which restricts the amount of food that one can eat and the number of nutrients that your body absorbs is reduced by bypassing a portion of the small intestine.

At two years after the ModDS, patients can lose greater than 95% of their excess weight and more than 90% achieved complete remission of diabetes. 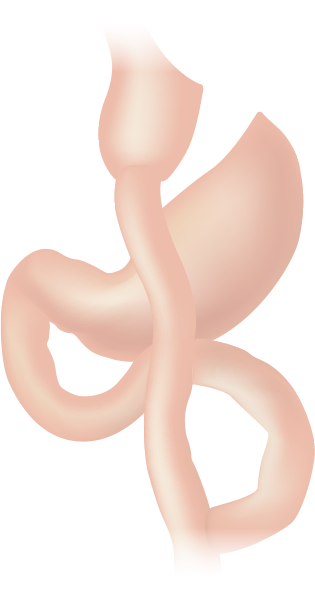 The gastric bypass, also known as the laparoscopic Roux-en-Y, leads to weight loss through two mechanisms: restriction and malabsorption.

The restriction is done by reducing the size of the stomach, which limits the amount of food you can eat before you feel full. Malabsorption occurs as a portion of the small intestine is bypassed, reducing the amount of food the body will absorb. At Roller Weight Loss, we perform this procedure laparoscopically 99% of the time, aiming to avoid creating a large incision in the abdomen.

This operation is considered the gold standard for weight loss surgery and patients generally lose between 65% to 80%* of their excess weight. 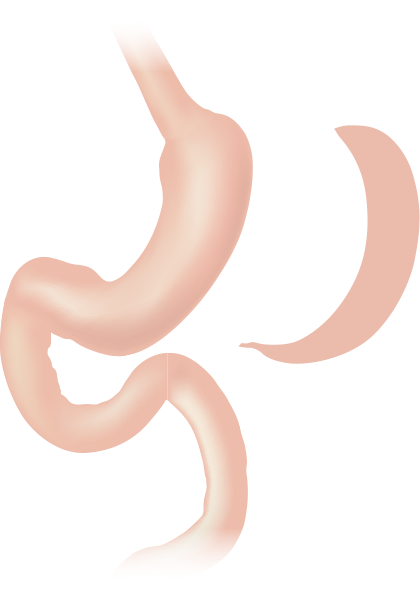 The laparoscopic sleeve gastrectomy (Gastric Sleeve) leads to weight loss by reducing the size of the stomach, making you feel full after eating only small portions. Approximately 75% of the stomach is removed, leaving behind a smaller, tube-shaped stomach (or “sleeve”).

The portion of the stomach that makes the hormone ghrelin, which is responsible for making us feel hungry, is removed. Additional hormones responsible for the feeling of hunger eventually take over.

Advantages of this procedure include no implantation of an artificial device, no re-routing of the intestinal tract, and less frequent follow-up compared to other weight loss surgery.

It’s never too late to start the journey towards better health and a better life. At Roller Weight Loss, we offer the most sophisticated weight loss surgery techniques available. Our patients have access to the most experienced weight loss surgeon in the region with Dr. Josh Roller, and the only fellowship-trained group of bariatric surgeons in the state! We perform a variety of other minimally invasive / laparoscopic procedures, many of which can ease or resolve other medical problems associated with obesity!

While the majority of insurance covers bariatric surgery, eligibility may change depending on your coverage. Skip the confusion and let our insurance experts handle the details. We work with patients to clarify coverage options and ensure they have a complete understanding of the process.

Our surgeons are all fellowship-trained specialists with vast experience in laparoscopically performed bariatric surgeries. We are known as the most advanced and experienced bariatric surgical group in the region.

Curious which weight loss path may be right for you? Learn more about our weight loss program by registering for our FREE online webinar. Just fill out the form below!

“Being able to run and laugh with my kids is everything.”

Start Your Journey Today
Get Started

The seminar will provide you with pertinent information about your weight loss surgery options, what to expect after surgery, insurance information, and how the surgeons and bariatric surgery experts at Roller Weight Loss and Advanced Surgery can help you.

x
Accessibility: If you are vision-impaired or have some other impairment covered by the Americans with Disabilities Act or a similar law, and you wish to discuss potential accommodations related to using this website, please contact our Accessibility Manager at 479.445.6460.
Contact Us